The Art of Legislating

Any contemporary state presents itself as committed to the “rule of law”. The notion of rule of law is perhaps the most powerful and repeated political ideal within the current global discourse on legal and political institutions. Despite being a contested concept, the rule of law nevertheless retains a clear core of meaning that is generally recognised. It means first that government is bound in all its actions by rules fixed and announced before-hand; secondly, that the rules respect certain formal requirements (formal legality) and, third, that the rules are enforced by an independent judicial system.

The present book is mainly concerned with formal legality and with the question of how to achieve good laws—a topic which was famously addressed by 18th century enlightened thinkers and on which a number of prominent legal scholars of our times have also elaborated. Historically, the baseline canon of “good legislation” demanded generality, publicity and accessibility, and comprehensibility of laws; prospectivity or non-retroactive norms; consistency or non-contradiction; the possibility of actually complying with legal obligations and prohibitions; stability; or congruency between enacted laws and their application. All these are valuable ideals that should not be abandoned in today’s legal systems, particularly in view of the silent revolution which is transforming our legality-based “states of law” into jurisdictional states. Such ideals remain entirely alive and are still worth pursuing for those who believe in representative democracy, in the rule of law and thus in the dignity of legislation.

The idea of writing this book originally emerged from the parliamentary and governmental experience of the author. From 1982 until 1993 he was the person in charge of legislative co-ordination for the Government of Spain. Those were years of very intensive legislative production. The five hundred twenty seven laws elaborated along this period, together with thousands decrees, modified profoundly all sectors of the legal order inherited from Franco’s dictatorship and layed the foundations of a new social and democratic system. To an academic, this was really an exciting and enriching experience and the opportunity to apply and check the theory of legislation. The book intend to reflect on this experience and to elaborate on it, in an attempt to contribute to improving not only scholarly awareness of how laws are made but also, and above all, to improving their quality and, through them, the rule of law. This is the ultimate goal pursue when writing this book. 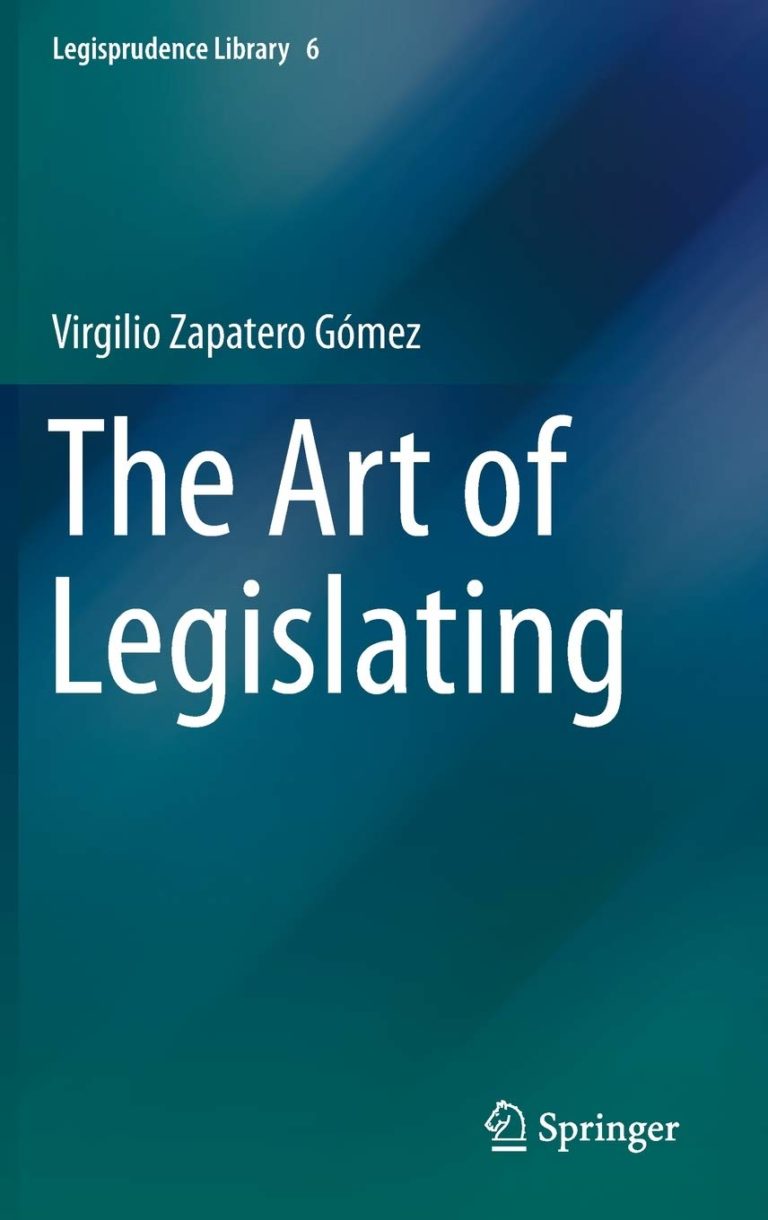